The islands of the Bailiwick were subject to Roman rule and it is most likely that Christianity became established to some degree by the middle of the fifth century. From that time the islands were within the jurisdiction of the Bishop of Coutances. Circa 530, St. Sampson established a monastic diocese at Dol and was given authority by the King of France to minister in these islands. Papal Bulls in 1496 and 1500 purported to transfer the Islands from Coutances respectively to Salisbury and Winchester. However the islands remained in the Diocese of Coutances until 1568 when they were annexed to the Diocese of Winchester.

The islands remain legally under the jurisdiction of the Bishop of Winchester but on the 25th March 2014 the Bishop of Winchester delegated to the Right Reverend Trevor Willmott the episcopal oversight and functions reserved or assigned to him in all ecclesiastical legislation, canons, customs and protocols as apply in the Deanery of Guernsey (and confirmed this by a further instrument, dated 1 June 2019, which was issued on Bishop Willmott's retirement from the See of Dover). Bishop Willmott exercises the episcopal functions delegated to him in canonical obedience to the Archbishop of Canterbury and all clergy in the Deanery owe canonical obedience to the Archbishop.

The Church of England is the Established Church in Guernsey, Alderney and Sark.

The 1970 Order also provided for the creation of the Guernsey Deanery Synod. There are parochial church councils in Guernsey and authority at parochial level rests with the incumbent and the churchwardens. Most parishes do, however, have a church advisory committee.

The Dean of Guernsey

The Very Reverend Tim Barker has been the Dean of Guernsey since November 2015. He is the senior Anglican priest in the Bailiwick of Guernsey, and has responsibility for leading and supporting the mission and ministry of our parishes. Tim was previously Archdeacon of Lincoln. He is a Canon of Winchester Cathedral and a member of the Church of England's General Synod.

Episcopal care for the parishes in the Bailiwick of Guernsey is provided by the Right Reverend Trevor Willmott, exercising his ministry as an assistant bishop in the Diocese of Winchester. 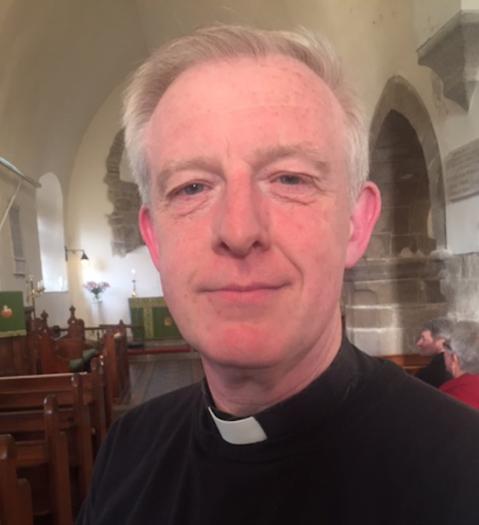 8th May 2017
The Dean of Guernsey, the Very Revd Tim Barker, has announced that he has appointed two Vice-Deans…